Soaring electricity prices: Whose fault is it?

This summer I spent my holidays on the coast in the south of Spain (something I highly recommend). To my surprise, the second biggest story in all the news bulletins – after COVID – was the price of electricity in the spot market. Something shocking must be happening for the media to be interested in the daily electricity market. And, yes, it is true: on the futures market – which is more representative than the spot market – the price for 2022 had almost tripled (from €45/MWh to around €120/MWh).

Every day, journalists and specialists invited to talk shows tried to explain the reasons behind this situation. The Spanish government adopted some urgent measures to reduce the impact on consumers of this increase in prices. The French one increased the energy cheque. The German government reduced the EEG.  A little later, Spain proposed to include the reform of the electricity market in the European agenda for the next semester. Meanwhile, Bruno Lemaire (Minister of Economy of the French government) speaks of an aberrant market. The most extremist go so far as to propose the nationalisation of the electricity companies, which they hold responsible for the situation.

In what follows we will try to shed some light on the causes of this perfect storm.

Here we will talk about the electricity tariff for sentimental reasons. In most EU countries, there is no longer a regulated tariff for electricity. The prices borne by the end consumer are set by the suppliers who integrate the different costs under competitive conditions. But given that the media is still talking about electricity tariffs, I am going to do the same.

Let´s start from a basic principle: a correct tariff must be able to cover the full costs of the service in the long term. To put it very simply, in the case of electricity these costs can be divided into production, network (transmission and distribution) and commercialization costs.

As a rule of thumb, though not necessarily very accurate, one third of the households´ bill corresponds to production costs, and one third would be network and commercialization costs. The remaining one third corresponds to a new category that we have not yet discussed: taxes and ‘externalities’.

Well, yes, in addition to the actual costs of the service, taxes and ‘externalities’ are also included in our bill. The electricity bill is a highly valued revenue source for the Treasury. The consumer pays his bill in a timely fashion at the end of the month (otherwise the electricity is cut off) without understanding the bill very well. In this way, and in addition to VAT, a series of other items are gradually being added to the bill, which respond to energy policies or just politics (aid for renewables, tariff equalisation, regulatory bodies, pension funds for electricity workers, tariff deficit, nuclear moratorium, etc.). By way of example, the French electricity bill includes €23/MWh of TICFE, which covers the costs of the energy transition. This same concept is covered by the EEG in Germany, where a whopping €65/MWh is paid, while in Spain this cost would represent about €44/MWh. As the ‘externalities’ have not stopped increasing in recent years, the trend in most countries is that the new ‘externalities’ are shifted to the state budget (see newsletter). Therefore, we must conclude that these taxes and ‘externalities’ are not the cause of the current rise in electricity bills either.

Let us now turn to the eye of the storm: generation costs.

Electricity production is organised through markets and responds to a merit order in which the plant with the cheapest variable costs will be the first to be sold. The different sources of production (bids) will be stacked until the demand is met. As the product exchanged is the same, all generation exchanged at the same time receives the same price regardless of the origin of the production. This so-called “paid as cleared” mechanism means that the most expensive plant of those needed to cover demand (marginal plant) sets the price for each hour of production for all the production matched in the auction.

This is an important element and the source of some controversy: why pay the same price for a MWh produced by, say, a hydroelectric power plant than that produced by a gas-fired plant? The former has a variable cost close to zero while the latter depends on gas and CO2 prices. On the other hand, the investment costs of a hydro plant are 10 to 20 times higher than those of a gas turbine. It is true that this “paid as cleared” system generates a higher margin for the producer with a lower variable cost, which is not abusive if one takes into account that this increase has to be used to cover a much higher investment. It therefore seems legitimate for the hydro plant to capture a higher margin than the gas plant in this market. Having said that, we can also understand why Minister Lemaire is shocked that in a country such as France, where 92% of production is nuclear and renewable, electricity prices respond to variations in the cost of power plants, which account for only the remaining 8%.

Here we could go into additional discussions on other electricity market architectures that could provide greater price stability. However, and in order not to get lost, we will leave that for another Newsletter.

Going back to our marginal pricing system, we have already reached the point where we can explain why the cost of generation is rising uncontrollably. In the merit order we mentioned earlier, thermal power plants are the last ones needed to meet demand. They use gas and emit CO2. If the price of gas goes up by €1, the offer made by these plants goes up by €2 (2 units of gas are needed to produce 1 unit of electricity). If CO2 increases by €1, the price of electricity goes up by €0.3 (1 unit of CO2 is emitted for every 3 units of electricity produced by a CCGT). If, instead of CCGTs, the production is done in combustion turbines with much lower efficiencies, the sensitivity to the underlying elements will be even higher.

I guess that, having reached this point, the reader may be a little tired of looking for the cause of the cause, but we have no choice but to go into these underlying factors, gas and CO2, which are at the root of the problem.

The impact on the end-customer’s bill will vary greatly from country to country. In countries where customers are fully exposed to the market without any protection, the final bill could well increase by around 40%. Where regulated tariffs are still in place, the immediate impact is more muted. Regulators do not like shocks and the cost of generation usually has some inertia. In France, in particular, the impact will be ‘only’ 12%. In addition to the tariff construction methodology, the ARENH (regulated access to historical nuclear energy) will reduce the impact of the increase on both tariff and deregulated customers who benefit from a supply at a bargain price of €42/MWh vs. €120/MWh for electricity futures.

This is not the case in Spain, where the regulated tariff, the PVPC (Voluntary Price for Small Consumers), has been designed to be 100% dependent on the hourly spot market price without any kind of buffer. At present, one out of three domestic consumers bear the PVPC, which justifies the social and media impact of electricity increases in Spain.

However, one should not forget that most electricity consumption is contracted on a long-term basis (one or more years) at fixed prices on forward markets. Hence, the current price crisis, as long as it is temporary and does not become structural, will affect consumers in a less brutal fashion.

In any case, all governments are announcing immediate measures to reduce the impact. Most of them are deciding to temporarily reduce the fiscal pressure on the tariff by reducing taxes and ‘externalities’. Hopefully these measures will become permanent. In parallel, the discussion on market architecture is being opened at a European level. The implementation of any changes could take years, which will not help in the current crisis.

As usual, we´d like to conclude these articles with a recommendation to our readers:  avoid overreacting to the current crisis. As the market situation is transitory, it is not advisable to take any permanent decisions. Weather the storm as best you can and plan for the future in a solid way. In particular, we recommend implementing policies to control the exposure to volatility in the long term. Good luck to all!

The price crisis is accelerating at a dizzying pace. 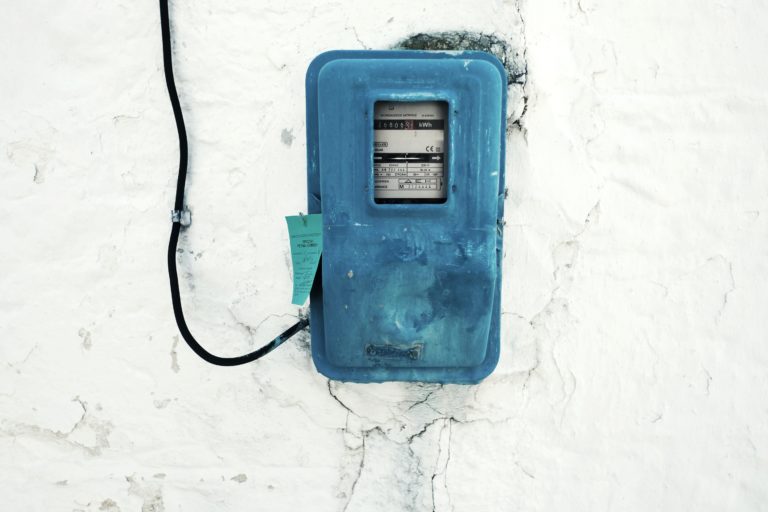